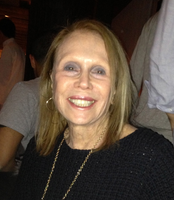 Aurelio, Suzanne – peacefully at home on Feb.10, 2021, age 89, of Cove Neck, NY. Beloved wife of Richard for 62 years. Loving mother of Marco (Jason Aurelio-Thomas). Suzanne passed away due to complications from a struggle with dementia. Although a survivor of two cancers, several strokes and a few traumas, she lived a lively adventurous life. Born in New York City on May 10, 1931, she was the daughter of Jules and Esther Berger of New York, attended Woodmere High School, Cortland State Teachers College and the New York School of Social Research. Mexico became her passion in her early years. She travelled extensively throughout that country, studying the language and the art and visiting remote indigenous villages. Back in New York, she work as an operating room nurse at several New York hospitals. She at times focused on religions, following Hebrew, Ethical Culture, Buddhist, Catholic and various Eastern philosophies. A devotee of Dorothy Day and the Catholic Workers Movement, she served meals to the homeless at the workers lower east side St. Joseph House and participated in campaigns for the poor and the hungry. On June 19, 1959, she married Richard Aurelio, at the time news editor of Newsday. They soon moved to Washington, DC, where he served as chief of staff to Senator Jacob K. Javits through 1968. A daughter from her first marriage, Jodi was joined by a son, Marco born in 1962 at Georgetown University Hospital, the same hospital where she also worked as an operating room nurse. She was an active participant in civil rights demonstrations in Washington during that time. In 1969 they returned to New York, where her husband became Deputy Mayor of New York City. She was known for her sunny personality, a sure sense of fashion and impeccable taste. She was an ardent lover of dogs, a follower of every kind of Latin music, a determined and courageous swimmer. In 191, tragedy struck the family when 18 year old Jodi died from a fall from a horse in Stony Brook, LI. They spent the next 25 years in Manhattan as Richard worked as an executive at Time Warner Cable and the founder of NY1 among other ventures, following which they retired to homes on Long Island and the Dominican Republic. For the past 35 years, they have lived in Cove Neck, Long Island. Funeral Services are private. Sunny would be most please if her friends contributed to any animal welfare organization.