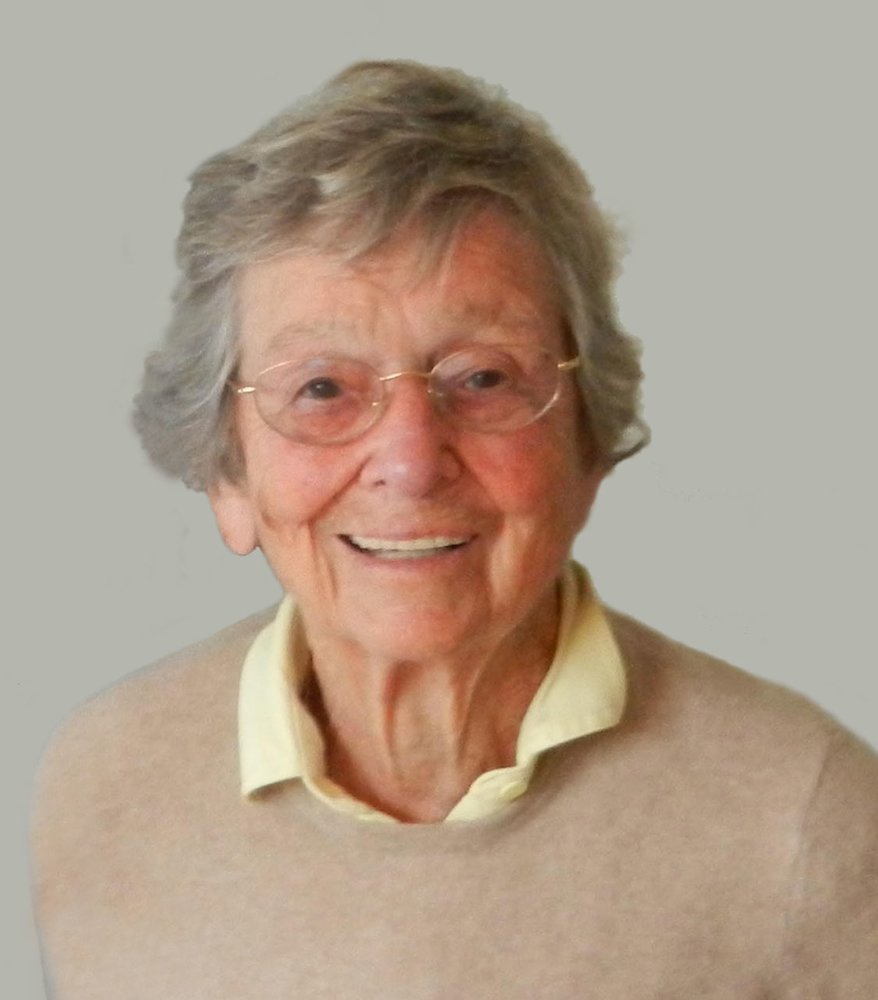 Mary D. Lindsay, women’s rights advocate and philanthropist, passed away peacefully on October 4th, 2020, at the age of 100, at her home on Long Island. She was married to George N. Lindsay, Jr, who predeceased her in 1995.  She was born on November 19, 1919, to Charles D. Dickey, Jr.  and Catherine Colt Dickey. Raised in Philadelphia, she attended Springside School and St. Timothy’s School. She was a student at the University of Pennsylvania for two years, but after the breakout of World War II she chose to aid the war effort by becoming a nurse, leaving Penn and joining the class of 1945 at Columbia Presbyterian School of Nursing in New York City. This was a formative experience for her, and she remained proud of her RN degree throughout her life.

She was a staff nurse at Orthopedic Hospital and, after her marriage to George in 1946, at Grace-New Haven Hospital in Connecticut, where she also took courses at Yale. Her husband went on to have a distinguished career as a lawyer with the firm Debevoise Plimpton and an advocate of civil law and liberties around the world. As their four children grew up, she began volunteering at Huntington Hospital, being a firm believer that it was the duty of the fortunate to help others. She ran the Junior Volunteer Program (the “Candy Stripers”) in the mid-1960s while serving on the hospital’s board. Later she joined the board of East Woods School in Oyster Bay, the East Harlem Tutorial Programin Manhattan, where she also tutored, and Union Theological Seminary, which reflected her interest in theology and a spiritual life. In 1971 she joined the Board of Directors of Cold Spring Harbor Laboratories, where she was active in community outreach, fundraising, and support for Lab families for the rest of her life.  She received an Honorary Doctorate from CSHL in 2007, their Double Helix medal in 2012, and the Lab’s childcare center is named in her honor.

During the 1960s both she and her husband developed an interest in population and family planning issues, which became a main focus of her advocacy.  Drawing on her training as a nurse, she was particularly interested in making reproductive health care available to women in New York, the United States, and the world. She believed fervently that women should have access to safe abortions if they so choose. She would eventually serve on the boards of the Margaret Sanger Research Bureau, Planned Parenthood of NYC (where she served as both President and Chair), Planned Parenthood Federation of America, Family Planning Advocates of NY State, and Citizens for Family Planning. In her role as advocate she attended both the Women’s Conference in Nairobi in 1984 and the Cairo Conference on Population and Development in 1994. When the G. W. Bush administration cut the funding of the UN Population Fund (UNFPA) in the early 2000s, she helped to found an organization, Americans for UNFPA, that pledged to raise the money privately, which they did.

In recognition of the important role her nursing education had played in her life, and because of her great respect for the nursing profession, in the mid 1990s she became involved in her alma mater, now called the Columbia University School of Nursing. She joined the Nursing School’s Board of Visitors and helped to found CAPSONA (The School of Nursing Alumni Association of Columbia University and Presbyterian Hospital). In 2003 the Nursing School recognized her as “Alumna of the Century”, which was perhaps an overstatement but thrilled her nonetheless. The new simulation lab at the School of Nursing was named in honor of her and her late daughter, who was also an alumna of the School, in 2018. Within each of the institutions where she worked, she was valued as a peacemaker who brought staff, board members, supporters and volunteers together to resolve their differences, unite their efforts and get things done.

Although it is hard to imagine she had time for anything other than the roles described above, Mary Lindsay was devoted to her family and friends, and lived a wonderful life full of travels, intellectual pursuits, adventures, and interests. She was actively involved in St. John’s Episcopal Church in Cold Spring Harbor, NY, where she taught Sunday school in the 1960s. She raised four children and was a loving mentor and inspiration to all of her eleven grandchildren. A lifelong sailor, she could set a spinnaker or steer a course in the Maine fog. Mary was predeceased by her husband George in 1995, a granddaughter Isabel in 2004, and her daughter Louise Lindsay Read in 2008. She is survived by her sons George Lindsay and his wife Nancy Metz, Stephen Lindsay and his wife Johanna, Peter Lindsay and his wife Katie Murphy, and former son-in-law Curtis Read and his wife Julie Stewart. She leaves behind ten grandchildren and five great-grandchildren (with more on the way). She will be sorely missed by friends all over the globe, by the many people who worked alongside her on exciting and vital projects, and of course by her admiring family, who were fortunate to have this remarkable woman model for them a full and meaningful life through her love, passion, and generosity.

The family extends its thanks to Hospice Care Workers of Northwell Health, and to Suinin Angulo and the other caregivers who provided excellent care and companionship, allowing her to live out her life in her home overlooking Cold Spring Harbor. Plans for a pandemic-appropriate memorial service will be announced later by the family. In lieu of flowers, gifts may be made in Mary’s memory to any of the groups above that she supported, or to a charity r cause of your choice that embodies the compassion and good work that she championed.

Share Your Memory of
Mary
Upload Your Memory View All Memories
Be the first to upload a memory!
Share A Memory