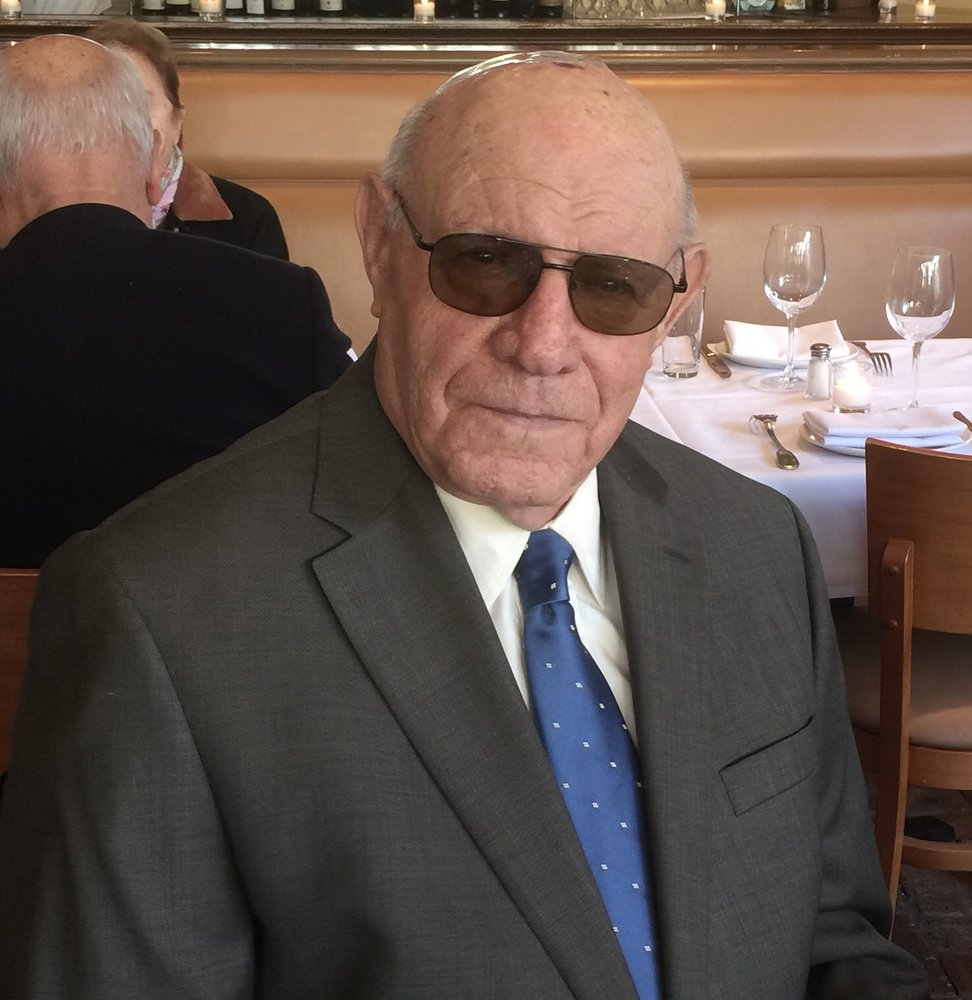 DaSilva, Joseph – passed on Jan. 7, 2021, age 95, of Glen Cove, NY. Beloved husband, brother, uncle and friend. Immigrating at age five from Portugal, Joe lived in both Pennsylvania and New York. During WWII, he served in the Navy’s pacific fleet as a radio man. Upon his honorable discharge, Joe returned to join his family construction and general contracting business until his retirement. Along with his siblings Jack and Marie, the business is credited with notable projects including the World Trade Center
lobby, 1964/1965 New York World’s Fair and the Linac Tunnel in Brookhaven Labs. At his homecoming party from the Navy, Joe met his wife Lucille and were married for over 50 years residing in Elmont, NY. Both Joe and Lucille’s extended family included Anthony Vieira, whom they welcomed into their home at fourteen, along with many nephews, nieces and Portuguese relatives studying in the US. Joe was known for his friendly nature, snappy attire, love of travel, golf, football and soccer. Beneath his tough
exterior and bark was a caring man who kept the family history, enjoyed socializing and when life sent him lemons, made lemonade. Funeral Services are private. www.oysterbayfuneralhome.com

Share Your Memory of
Joseph
Upload Your Memory View All Memories
Be the first to upload a memory!
Share A Memory