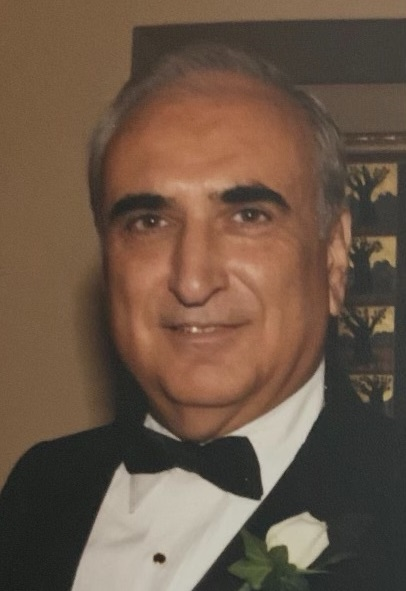 Peter Andrews was born July 9 th , 1938. He was the cherished only child of Michael and Katherine Andronikou. He grew up in the Chelsea neighborhood of Manhattan with a large, diverse group of lifelong friends. At the age of 17 he joined the US Army and served in Germany. By all accounts he was a fine soldier; loyal and disciplined, engaging and warm. These years were filled with adventures and experiences he would often share with great joy and laughter.
He joined the New York City Police Department at 24, eventually rising to the rank of Sergeant. During his 22 years of service he carried himself with the dignity and sense of duty that were his most revered qualities. For
the remainder of his life he always, proudly, identified himself as a police officer.
His retirement years were spent completely devoted to his family. He raised four children and built a foundation of love and security that is his great legacy. These unbreakable bonds have remained as his family grew; with marriages to wonderful spouses and the addition of 6 beloved grandchildren.
Peter was a man of ideas and interests. He was an enthusiastic and talented sailor. Nothing made him happier than entertaining friends and family on his sailboat, Searahmou (the name a connection of his Cypriot roots, of which he was very proud). He was a fine chess player, a good cook and a news junkie. He remained well informed and engaged into his later years.
Perhaps Peter’s greatest talent was to make those he cared for feel safe and reassured. For his family there was never a doubt that they had a home with him. He was the rock upon which they all have built their lives. That is truly his great legacy. Simply put, for those who knew Peter Andrews, they will forever be able to say, “I knew what it was to be loved”.

Share Your Memory of
Peter
Upload Your Memory View All Memories
Be the first to upload a memory!
Share A Memory