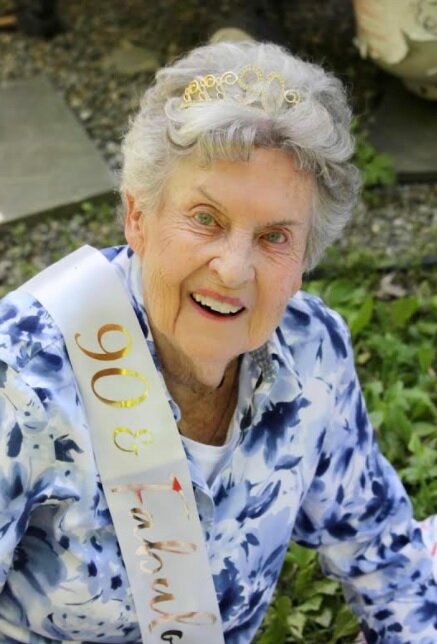 Born to Marie and Gerald Doster from Wilkes-Barre, PA, was the beloved wife of the late Edward Anthony Cronauer for over 50 years and lived happily in Massapequa Park, NY for over 60 years. Dolores was predeceased by her loving husband in 2005.

Known by all as Dolores she was affectionately known as 'Dodo" for Dolores Doster by those she went to school with. Dolores was a graduate with a Bachelor of Fine Arts degree from Marywood University and was an accomplished artist and member of the Pequa Art and Suburban Art Leagues. When not at her art exhibitions, she enjoyed time with her family, playing tennis, bridge, knitting and reading.

Dear sister of the late Gerald Doster and the late Maureen McGeever.

Share Your Memory of
Margaret
Upload Your Memory View All Memories
Be the first to upload a memory!
Share A Memory