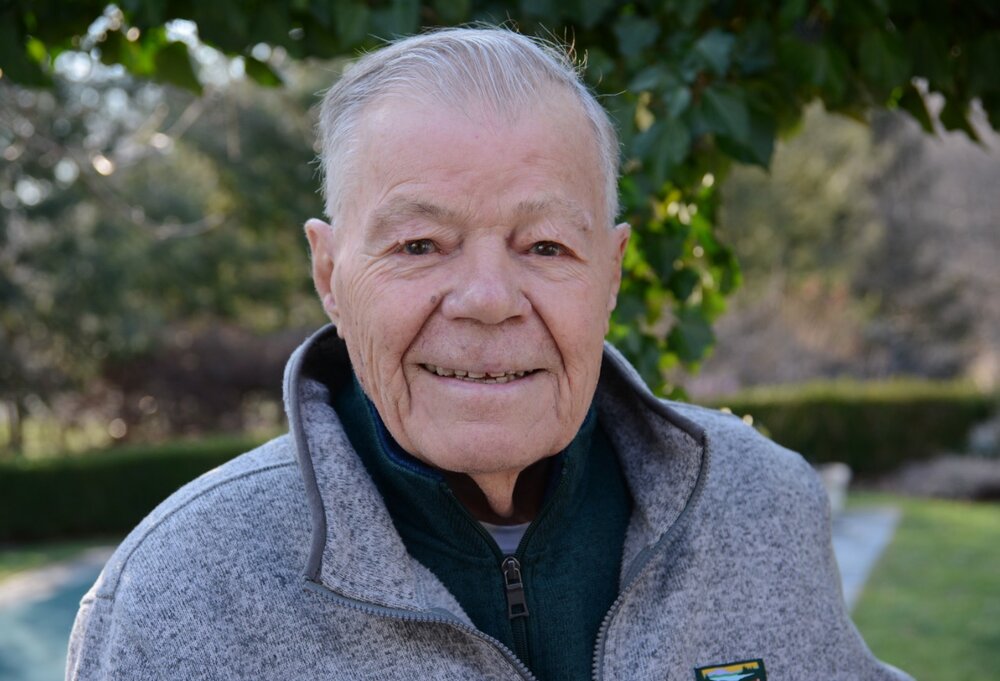 Nicholas (Nick) Rossi, 99, on January 1, 2022, at home. Born September 3 rd , 1922, in Oyster Bay, NY. Nick graduated from Oyster Bay High School in 1940 where he earned a varsity letter in four sports- football, track, basketball and baseball. Following graduation he served in the Army Air Corps, as a technical sergeant, flying the B17 “Flying Fortress” bomber during WWII in the European theater.

He returned to the United States and received a master’s degree in industrial engineering from Hofstra University followed by a forty plus year career in the furniture industry as a manufacturer’s representative and ultimately as a regional sales manager in the Northeast.

He was married to Elizabeth (Betty) Braun for 62 years till her death in 2018. He and Betty raised five children in the house that they built in Mill Neck, NY. He was involved in the Oyster Bay community for decades as an usher at St Dominic Church, a volunteer of the St Rocco’s Festival, a Fourth Degree member of the Knights of Columbus, a member of the Oyster Bay Italian American Club and committee and board member of the Brookville Country Club . He was passionate about gardening and golf, both of which he remained quite active in well into his 90s. He was an avid Yankee baseball, Tiger Woods and Lebron James fan, and enjoyed watching the bird life wherever he happened to be sitting.

He is predeceased by his parents, John and Maria his brother, David and sister Rose Ortman. He is survived by his children Paul (Marguerite), Christine, Peter, Caren and Carla (the late Robert), three grandchildren, Caroline, Charlotte and Nicholas, in addition to his brother John, and many nieces and nephews.

In lieu of flowers, donations can be made to The Friends of the Westport Center for Senior Activities at www.wcsfreinds.org or to Air Warrior Courage Foundation at
www.airwarriorcourage.org/donations.html.

Share Your Memory of
Nicholas
Upload Your Memory View All Memories
Be the first to upload a memory!
Share A Memory