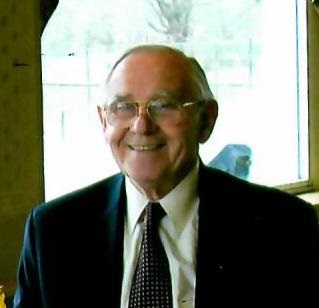 Obituary of George A. Willett

In loving memory of George A Willett, 98, beloved father, grandfather, and great-grandfather who passed away on January 3, 2022.

Born in Jersey City to Percy Willett and Marion (née Wright) Willett, George served in the United States Navy during the Second World War, where he was stationed in the Pacific theatre and executed perilous rescue missions. After his return home in 1946, he served 44 years in the New York City Fire Department, retiring as the Assistant Chief and earning the exemplary distinction of longest-serving member.

An intellectual man with a lifelong thirst for knowledge, George enjoyed travel, the arts, Theology and philately. Well into his 98th year, he upheld his responsibilities as an editor for the Christian Life Community publication Harvest, as well as his membership in the Knights of Columbus. His participation in daily mass at St. Gertrude's Church and his cohort of friends were a source of much joy and liveliness.

George's life was a testament to his deeply rooted faith in Jesus Christ. His soft-spoken nature was belied by his keen wit, and his personality marked above all by his humility, charity, and servant's heart. He is preceded in death by his beloved wife Barbara (née Black) and his brother Breslin. He is survived by his children Robert, Kevin, and Kerry Anne, along with their spouses, his grand-children Kevin Christopher, Amy, Brian,Daniel, Meghan, and Fenian, and his great-grandchildren Callie, Blair, Emma, Eamonn, Reagan, Gabriel and Tadhg.