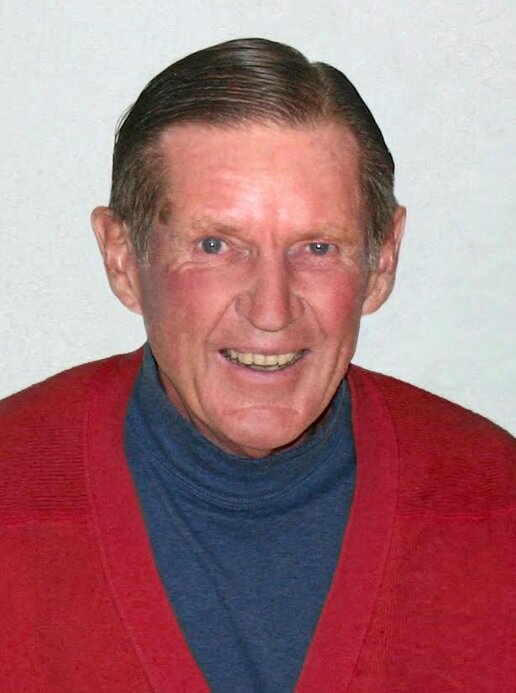 George H. “Pete” Bostwick Jr. of Delray Beach, Florida died at home on July 7, 2022 at the age of 87. Born on August 22, 1934 in New York City, Pete was the oldest of three children born to George H. Bostwick and Laura Elizabeth Curtis. He grew up in Old Westbury, New York and Aiken, South Carolina, where he attended Aiken Preparatory School through eighth grade. He graduated from St. Paul’s School in Concord, New Hampshire in 1953 and Middlebury College in 1958. He married Lilias Juanita Knott in 1955, and after college they settled in Locust Valley, New York, where they raised their
four children.

Pete joined H. N. Whitney, Goadby & Co. in 1959 as a stockbroker and became a general partner in 1966. He spent 35 years at the firm, retiring several years after it was acquired by Advest Inc.

Pete dedicated himself to sports throughout his entire life and built a long and impressive list of accomplishments in six different sports over six decades. His athletic talents came from both parents. His father was a champion steeplechase rider, horse trainer, and polo player, and was elected to the Racing Hall of Fame and Polo Hall of Fame. His mother was an excellent rider and a low handicap golfer who played in one U.S. Women’s Amateur. His great aunts, Harriot and Margaret Curtis, won four national championships in golf and founded the Curtis Cup, the biennial women’s amateur golf match between the United States and a team from Great Britain and Ireland.

Pete’s accomplishments came in four racquet sports (court tennis, tennis, squash, and racquets), as well as in golf and ice hockey. He is one of three men to have played in the U.S. Open in golf as well as in tennis (at the time, the “U.S. National Championships”). He is also the only man to win national singles championships in court tennis, racquets, and squash. In court tennis, he won two World’s Open Championship titles; in singles and doubles he won 16 national titles, and after double hip replacements at the age of 53, 16 Senior national titles and one Father/Son national championship. In racquets, he won two U.S. Open titles, four Gold Racquets Championships, and the Canadian Centennial Invitational. In squash, which he only began playing seriously in his late 30’s, he won national championships in three age groups (40+, 45+, and 70+). In tennis, he won the New England Interscholastic Championship while at St. Paul’s; played in the U.S. National Championships in 1952; played number one all four years in college; won the Eastern Grass Court Father/Son championship in the late 1970s; and in his later years achieved multiple top-five and top-10 national rankings in Father/Son, Father/Daughter, and Grandfather/Grandson doubles. In golf, Pete won the New England Intercollegiate Championship as a senior in college; played in the U.S. Open at Winged Foot Golf Club in 1959; won six regional amateur tournaments, including the Northeast Amateur; reached the semifinals of the French Amateur and the fifth round of the British Amateur; and teamed with his brother Jimmy to win three team titles, including the Anderson Memorial. Finally, in ice hockey, at Middlebury Pete was assistant captain and fourth highest scorer in the East, tried out for the 1960 U.S. Olympic hockey team, and from 1958-1983 was captain of the St. Nicholas Hockey Club, the oldest amateur hockey team in the U.S. In 2020 he was inducted into the Middlebury Athletics Hall of Fame.

While Pete’s passion for sports had no limits, he will be remembered as a true gentleman with impeccable sportsmanship who was engaging, modest, had great respect for his fellow competitors, and was a role model for all generations. He competed with relentless precision, perseverance, and a positive spirit, and was gracious in victory as well as defeat. Pete
had an uncanny ability to recall matches, scores, and even individual shots and points from 50 years earlier, and had an endless supply of sports stories, told not to amplify his achievements but to relive the moments and camaraderie that brought him so much joy.

Pete’s love for his wife and family is his greatest legacy and was the foundation of his life. A devoted husband and father, he was adored by his grandchildren, for whom he always had time. He had integrity, was kind, and valued the simple things in life. An uncomplicated man with an outgoing, warm, and fun disposition, Pete had a great sense of humor, was a loyal friend, maintained a positive spirit, and quite simply, loved his life.

A celebration of life will be held on Wednesday, September 7 in Locust Valley, New York. The family requests that in lieu of flowers, memorial gifts be made either to St. Paul’s School (https://www.sps.edu/giving/ways-to-give) or Middlebury College (https://www.middlebury.edu/office/alumni-and-families/giving).